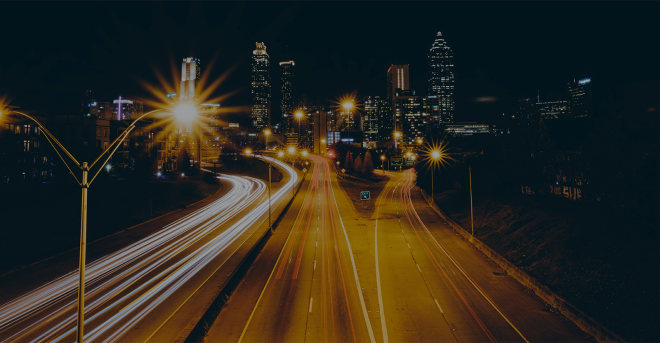 They say timing is everything. When it comes to converting traditional high-pressure sodium (HPS) street lighting to LED technology, “everything” can mean millions in additional cost savings depending on when municipalities incorporate smart lighting controllers. For a large U.S. city with more than 90,000 streetlights, those added savings can total more than $53 million over 15 years if they implement lighting controls as part of their LED conversion.

Even so, the inherent advantages of LED lighting technology only begin to scratch the surface of the benefits that smart streetlights can provide.

The inherent benefits of LED lighting technology only begin to scratch the surface of the benefits smart LED streetlights can provide.

From LEDs to Smart, Connected Streetlights

The ‘smart’ part of the equation comes from having intelligent, connected lighting controllers that optimize streetlight performance. These controls enable finely tuned management of when streetlights switch on and off — even incorporating GPS data for precise synchronization with sunrises and sunsets — and introduce a wide range of additional insights-based capabilities.

The combination of connectivity and control makes it possible to dim a single, specific light that may be shining too brightly through someone’s window — or brighten the lights in a neighborhood to make sure people find their way back to public transit or parked cars after a festival.

How much of a difference do light controllers really make? It turns out the answer is “a big one,” and the sooner lighting controls are incorporated, the greater the difference will be.

How Lighting Controllers Can Cut $53 Million Out of Your TCO

As a baseline, we did the math on the pure cost of converting to LED street lighting with no lighting controllers at all. That yielded a 15-year operating cost of more than $144 million, with a $109 million savings compared to HPS lighting.

Clearly, the technology conversion on its own is a massively worthwhile investment.

Adding lighting controllers two years after LED deployment (in year three) steps up the gains considerably, providing an additional $24 million in savings and reducing the 15-year operating cost to just over $120 million.

Our third scenario looked at the impact of deploying lighting controllers from the get-go, at the same time as the LED upgrade. That revealed a huge leap forward.

When lighting controllers are built into the LED street lighting system from the start, the total operating cost drops to $91 million — over $29million lower than adding controls after the fact, with a payback period of 2.25 years.

And that’s not where the gains end. The addition of smart controls also extends the lifecycle of the lighting system by more than 30% and boosts the overall environmental impact by eliminating more than 68,000 tons of additional GHGs.

The inherent benefits of LED lighting technology only begin to scratch the surface of the benefits smart LED streetlights can provide.

How Municipalities Can Get Their Timing Right

Since every city government has its own needs, constraints and considerations, there’s no single ‘right way’ to reap the full benefits of LED street lighting. What our analysis shows is that communities of all sizes that have the means to move quickly and co-deploy LED lighting with intelligent lighting controls can take a bigger step toward their environmental goals and save more on their investment in the long run.

This is key given the major role cities have to play in reducing global GHG emissions. It’s also financially responsible for municipalities to not stop short and capture the additional 20 to 30% savings available for their investment of taxpayer dollars in LED street lighting. And there is literally no time like the present to take the step of deploying lighting controls, with funding available through mechanisms such as the American Rescue Plan Act (ARPA) and the Infrastructure and Jobs Act (IJA).

You can learn more about how timing matters to LED street lighting transformations in our full impact analysis. Download it here.