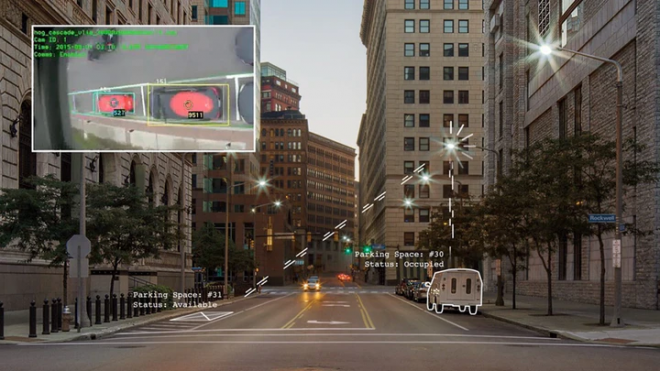 Ubicquia plans to leverage $30 million in new funding to accelerate the development and deployment of its platforms, which plug into streetlight photocell sockets to deliver flexible smart-city, small-cell and smart-grid functionality in form factors that are often inconspicuous to the public, according to CEO Ian Aaron.

“From smart city to small cell to smart grid, these are three enormous markets and could be a great business for any company in just one of them,” Aaron said during an interview with IWCE’s Urgent Communications. “We happen to be deeply involved with all three, and we’ve created some very unique products that are differentiated from anything else on the market that plug into the photocell socket.

Ubicquia’s Ubicell streetlight controllers that enable more efficient lighting continue to gain traction, and its base Ubimetro platform that delivers broadband connectivity is now deployed in more than 100 cities, Aaron said. But the most recent investment is expected to help the company expand offerings that support carrier LTE, private LTE and future 5G deployments.

“Part of it is accelerating our small-cell work in this CBRS private LTE [space],” Aaron said. “Also, we can’t talk about details, but we’re working with carriers on some small-cell solutions that are going to accelerate 5G. That’s a very hot topic, not just for the carriers but for the administration—how does the U.S. become a leader in 5G deployments and technology? We’re very much focused in playing a role in that area, so we’ve got a lot of development work going there.”

“We’re working with several of the major utilities on our products that monitor the aerial transformers and utility poles for hardening the grid, which has become a very important topic, based on the issues that PG&E has, the fires in California, and all of the hurricanes and tornadoes that have been going on in the U.S. Our products are playing a role in that, and this funding is all about accelerating our work in getting these products to market sooner.”

Aaron said that the city of Las Vegas has deployed Ubicquia’s Ubimetro that supports 3.5 GHz CBRS technology, and the solution is being leveraged by the Clark County School District to provide broadband connectivity to students.

“We put up the CBRS in a disenfranchised area in Las Vegas,” Aaron said, crediting the efforts of Michael Sherwood, the chief innovation officer for the city of Las Vegas. “Then, on their network, they decided to create a VPN with the Clark County school district. The school district is now giving Chromebooks that have the Las Vegas CBRS SIM in it to students.

“So, anywhere they have the CBRS up, the students can get broadband connectivity and have a private connection into their school. What was really exciting about all of this was how quickly it all came together.”

With the FCC recently completing its auction of priority access licenses (PAL) for CBRS spectrum, Ubicquia officials believes CBRS deployments will become more commonplace during the next year, with carrier-based deployments starting during the first half of 2021, Aaron said.

In addition, Aaron expressed optimism that Ubicquia solutions will be deployed by the utilities that require broadband connectivity to support smart-grid initiatives—a use case that the company began to pursue during the past year at the request of a utility partner.

“What’s exciting is that I don’t know of a utility that’s not talking about private LTE right now, whether it’s the 900 MHz spectrum with Anterix or whether it’s CBRS—and there were many utilities that actually bid in the [CBRS] PAL auction,” Aaron said.

One key advantage of the Ubicquia platform is that it is designed to allow a utility or other user to migrate relatively easily from one broadband solution to another, according to Aaron.

“Think of our product, as simple as a streetlight controller that plugs in and is running on AT&T’s network, but the utility—a year from now—converts to their own private LTE network,” Aaron said. “We can, over the air, automatically convert that streetlight controller from one [carrier] network to the private LTE network. So, they don’t have to spend $100 or $200 going back up on the pole. They don’t have to swap out SIMs or equipment.

“Think about a utility deploying a million devices in the grid and, two years from now, putting up their own private LTE network. Our products have the ability to automatically convert—over the air—from the public LTE to the private LTE network. So, we have tremendous savings that we’re driving, not to mention all of the O&M [operations and maintenance] benefits from the products that we’re delivering.

Some of those benefits include the ability to use regular streetlight installation crews to deploy the Ubicquia platforms, instead of having to hire specialized personnel with wireless-engineering expertise. The Ubicquia equipment is screwed into the streetlight photo cell, which lets it access the power to the pole and—in many cases—leverage fiber that is deployed along the street for backhaul.

“Even our carrier-based small cell can be deployed by somebody who installs streetlights,” Aaron said. “Those are some of the things we looked at … to solve some of the deployment challenges, which have a real cost.

“When you have to have different types of crews that are just fiber and communications, the cost goes up. When you have to put all of the additional accoutrements—power interfaces and power metering—all of the costs go up. So, when you look at total cost of ownership, we are truly a fraction of what it is for a traditional small cell.”

In addition, the Ubicquia gear is so small—a Ubicell is about the size of a Dixie cup—and located atop a streetlight, so many of the lengthy debates before local government boards about the aesthetics of solutions often can be avoided entirely.

“On the small-cell business, anything we can do to shorten the amount of time it takes for carriers and for customers to deploy small cells [is helpful],” Aaron said. “It’s not the technology, it’s how do you eliminate the master licensing agreements, permitting and all of those issues—getting the fiber. We do things to help shrink the total cost and shorten the timeframe to deploy.

“Whether you’re a utility working with Anterix on private LTE or you’re a carrier trying to deploy 5G, it’s an issue, and we’ve got some unique products to help solve that.”

Ubicquia’s Ubimetro supports 700 MHz Band 14 operations and has been certified for use on FirstNet and that there is “tremendous interest right now” for public-safety solutions—as well as for other smart-cities initiatives, according to Aaron.

“I’ve said that smart cities has been in pilot purgatory for 10 years; we’re changing that,” he said.

Aaron said that Ubicquia’s platform will support 5G operations on sub-6 GHz spectrum “in the near term.” The company also will support millimeter-wave 5G, but those offerings are “going to be very targeted to certain areas and certain use cases.

Ubicquia’s potential in so many high-growth market sectors is a key reason why Fuel Venture Capital decided to participate with existing Ubicquia investment partners in the $30 million funding round announced this month, according to Jeff Ransdell, Fuel Venture Capital’s managing director.

“It doesn’t take a lot of effort to get excited about the investment opportunity,” Ransdell said during an interview with IWCE’s Urgent Communications. “Smart cities, 5G and everything that goes along with what Ian and his team are doing is exactly what we are trying to lean in on, from an investment perspective.

“Just with the momentum that [Ubicquia] has right now, it was just really a no-brainer to come in at the most recent round, because we think that the company is just going to gain in valuation each and every round, from here on out.”

“I wake up every day, and I kind of pinch myself,” Aaron said. “When you help cities save money, become smarter and stay safer, you wake up kind of with a mission. From that point, it’s exciting, based on what you’re doing to help people.”