Smart Cities: A Decade of Progress 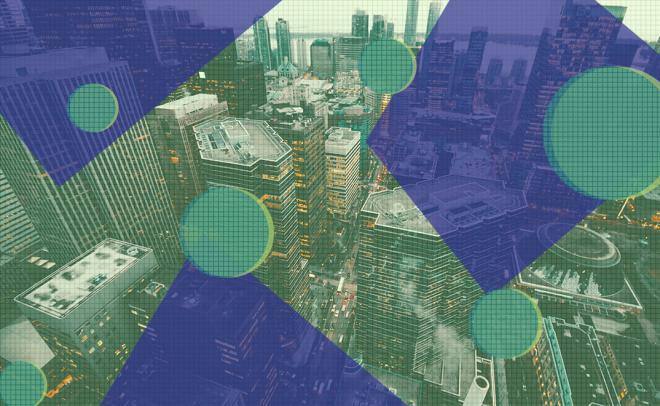 In just a little over a decade, smartphones have effected profound changes in our lives. They’ve given people around the world new ways to communicate, connect and consume, and, as a result, they’re widely seen as indispensable.

But, they haven’t just altered the landscape of our personal and professional lives. They’ve also helped the general public become familiar with the Internet of Things (IoT), which is the use of machines with digital sensors to gather data and an internet connection to share and analyze it for the purpose of identifying patterns and improving the performance of larger systems. As a result, they’ve smoothed the path towards the adoption of smart devices and analytics programming in other areas, including industrial facilities and utility grids.

The public square also stands to benefit from this trend, as evidenced by the growing popularity of the Smart City concept, which calls for using IoT and analytics systems to collect and act upon information relevant to the experience of urban living. This essay will examine several of the ways in which municipal authorities have tried to use technologies of this type to improve the functioning of cities over the last decade.

The Smart City concept arose at a time when memories of 9/11, the largest terrorist attack ever to occur within the US, were still relatively fresh. As a result, it inevitably led government agencies at all levels – federal, state, county and municipal to think about how technology might help keep the public safe and secure.

Discussions of the topic weren’t confined to terrorism, which has (thankfully) remained a relatively rare phenomenon in the US. They extended into the realm of crime, which is a far more common threat to public order. As a result, municipal governments started considering the question of how IoT and analytics technologies might help them improve performance on this front.

One of the first cities to take action was Santa Cruz, California, which launched a pilot program for predictive policing in 2011. Under the program, the city’s police department began using a computer algorithm to analyze crime data. This helped the department identify and map “hot spots” that would benefit from more frequent patrols. Since it updated patrol maps on a daily basis, it also allowed police officials to respond more quickly to new developments and trends.

Since the conclusion of the pilot program, Santa Cruz has adopted PredPol, a cloud-based predictive policing software package from the same researcher that designed the original algorithm. Its success has inspired other cities in California to look at PredPol and other solutions of similar type.

Public Services and the Quality of Life﻿

At the same time, policing isn’t the only public service to be affected by the Smart City concept.

Municipalities have also turned to technology in a bid to manage parking services. For example, Amsterdam, the capital of the Netherlands, uses the Mobypark mobile phone app to help users find parking spaces and pay for access on demand. The app has helped reduce traffic and congestion, city officials say. Laguna Beach, CA, uses Frogparking, a similar app designed by a New-Zealand-based company, to manage city-owned parking spots. This system also allows the municipality to use data from smart meters to ticket drivers who don’t pay for parking.

Likewise, public transport is ripe for inclusion in Smart City planning. In Spain, Barcelona’s CityOS program helps commuters spend less time waiting by using information from IoT sensors to optimize bus routes. These sensors assess street traffic patterns and count the number of people waiting at bus stops, feeding data into a central system that can re-route buses as necessary. For its part, the city of Columbus, Ohio teamed up with a local utility in 2017 to promote the use of electric vehicles. The utility, American Electric Power Ohio, helped municipal authorities build new vehicle charging stations and establish systems to help drivers keep their vehicles powered up.

Similarly, the Smart City concept can help municipal authorities manage energy consumption and environmental impact. Stockholm used a publicly owned fiber-optic network to implement the Green IT program, which seeks to reduce heating costs and emissions by increasing energy efficiency. San Leandro, CA, launched the ZipPower project in late 2016 to optimize local energy resources. Within the ZipPower framework, it has taken steps to promote the use of small-scale renewable energy systems and created a software platform that helps consumers minimize electricity costs.

Some of these Smart City environmental monitoring programs even have a public health dimension. For example, Copenhagen has teamed with Google to gather information on pollution levels that can be used to generate map-style graphics. These maps, which are based on data collected from monitors installed on Google’s StreetView cars, display air quality indices for every section of the city. Residents can then use them to find the best routes for walking, jogging, bicycle riding and other outdoor activities that improve the quality of life.

Towards a More Comprehensive Approach

All of the programs described above represent an advance upon older systems. But, for the most part, they only affect one or two specific aspects of urban living (parking, traffic, crime, public transport, etc.) at a time. In other words, they have a limited ability to help their users.

Over time, this will probably change. As The Economist pointed out in its special World 2019 issue earlier this year, cities adhering to the Smart City concept are likely to look for more comprehensive solutions that integrate multiple sets of data in ways that make the urban experience more seamless overall.

Indeed, some are already moving in this direction. In the United Arab Emirates, Dubai has introduced mobile phone apps and rechargeable smart cards that allow residents to pay for a wide range of public and private services (including but not limited to traffic fines, water and power supplies and business-related transactions) and access public transportation networks. Meanwhile, Singapore uses its Smart Nation Sensor Platform to collect data on infrastructure, housing and public amenities. It then feeds the information into an analytics system designed to facilitate access to services, improve productivity and ensure public safety.

Because of these programs, Singapore and Dubai are both well down the road towards realizing the potential of the Smart City concept. Eventually, municipal governments should be able to take it a step farther, integrating the capabilities of Dubai’s payment and access solutions with the analytics features of Singapore’s platform. When and if they do, they will change the lives of city dwellers.