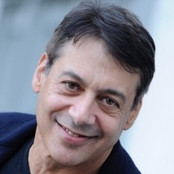 From The Florida Virtual Entrepreneur Center - Imagine a world where connectivity, infrastructure monitoring, energy efficiency, artificial intelligence and security all collide to produce smart cities working to save lives, cut costs, reduce our carbon footprint, detect natural disasters, apprehend criminals, improve traffic congestion and even bridge the digital divide. That world is here and now – and it’s brought to you by Ubicquia.

With an estimated 360 million streetlights worldwide, Ubicquia, led by veteran tech executive Ian Aaron, is utilizing existing infrastructure to upgrade and create “smart” cities overnight. Aaron shared the remarkable story behind his entrepreneurial journey and how, thanks to patented technology that simply plugs into streetlight photocell sockets, Ubicquia has quickly positioned itself as a key player in a burgeoning industry.

“I grew up in Chicago and, despite spending a lot of time on the west coast, I still like to think of myself as a hardcore midwestener,” Aaron said. “I graduated from The University of Illinois with a degree in Electrical Engineering and started my career with General Telephone & Electronics (GTE), before they merged with Bell Atlantic and formed Verizon. I was initially in R&D before moving to Stanford, where I transitioned to the corporate side of things. After the divestiture, I started my own telecom system integration business and sold it to Softnet Systems in 1994. I stuck around and ran that company for another six years.”

After taking Softnet Systems from the American Stock Exchange (AMEX) to the NASDAQ and raising over $400M in public and private financing, Aaron got a call from Morgan Stanley to help revive a distressed company in the digital infrastructure space for cable operators. He moved to Los Angeles and turned that company – TVN Entertainment – into the leading Video-On-Demand platform for major cable, telecom and CE companies. When that company was sold to AMDOCS for $224M, Aaron was recruited to be the next CEO of Gemstar TV Guide.

“We had an amazing turnaround at Gemstar,” Aaron said. “As the CEO for all TV Guide branded technology products – including TV Guide Channel, TV Guide Interactive (IPG), TV Guide on Demand, etc. – I created and executed on new patent strategy that drove more than $1 Billion in licensing revenue in 24 months. Eventually Gemstar was sold to Macrovision (Rovi) for $2.6 Billion.”

Aaron spent the next five and a half years as Director and Chairman for Pictometry International Corporation – an aerial imaging company with a fleet of 75 plans. In this role, Aaron worked with many cities and municipalities and began to see and understand the power of high-resolution images as a tool for emergency response teams, cities planners, property assessors and utility companies. Not long after Pictometry International was sold to Vista Equity Partners for $715 Million, Aaron received a call from an old high school acquaintance about an opportunity with a company in need of a leader and an identity.

“We met in December 2016 to discuss the opportunity,” Aaron said. “The original founders launched the company two years prior, but they weren’t sure where to take it. At the time, it was more of a ‘development house’ doing projects around IoT sensors. After looking at what they were ultimately trying to do, I knew it would require a whole new level of resources to make it a reality. I also knew it was something I wanted to be a part of.”

Aaron continued, “When I came onboard, I spent months talking to people in the cable industry, cities and municipalities to develop a competitive strategy. We decided to focus on a couple of core products and developed several prototypes. I also worked on building a world-class team. For my COO, I hired Peter Aloumanis, a 23-year executive from Motorola who served as Corporate VP of Product Development. Our CFO, Santiago Serrano, was another former Motorola employee, but also served as CFO for Cisco Systems Latin America before joining our team. Thanks to our location in Fort Lauderdale, we’ve been the beneficiary of hiring some phenomenal people from Motorola.”

Ubicquia was originally based out of Melbourne, FL. However, with the proximity of Motorola, and a pool of talented individuals working at the intersection of mobility, utilities and municipality services, Aaron knew Fort Lauderdale was the ideal place to scale the re-focused company.

“The original team didn’t have the experience in large-scale manufacturing,” Aaron said. “So we brought in a team of people familiar with the entire design to manufacturing process and with the right core competencies. Also, in order to reach 45,000 cities, we needed more than just a sales team – we needed a distribution network. That network consists of people on the energy side that work with cities and those on the lighting side that also work with cities and major contractors on large-scale projects.”

From the start, Aaron’s focus has always been on the “pole position”. The 360 million street lights across the globe all share a common socket. Whether you’re in Chile, The United Kingdom or the United States, they’re nearly identical. By utilizing existing infrastructure, and by “drafting” behind LED conversations around energy cost savings, Ubicquia first developed and implemented a product that allows cities to automatically control street lights. The device also serves as a meter, giving utilities a more granular view of what’s happening with the power grid every 50 meters. From the ability to remotely turn on and off street lights, came other applications.

“The technology also allows cities to understand and monitor pedestrian counts, congestion and traffic,” Aaron said. “We’ve even incorporated air quality sensors and high accuracy tilt and vibration sensors to monitor the environment and detect natural disasters. From the original application, we shifted our focus to bridging the digital divide. Cities want more public Wi-Fi. By utilizing Qualcomm Wi-Fi 6 technology, we were able to develop a device that installs in 15 minutes and is available at a price point that cities can scale.”

From a project in Mexico involving 52,000 “smart” street lights generating a savings of nearly $1 Million per month to cameras in San Diego that have helped solve more than 380 violent crimes over the past 18 months, Ubicquia’s cost-effective and highly-scalable devices are producing tangible results and even generating additional revenue streams for cities.

“Rather than subsidizing these units, there are other ad models or things cities can do to generate revenue from the vast amounts of data collected by our devices,” Aaron said. “Cities with open data policies have the ability to create mechanisms for third parties to access certain data. These cities are in a position to determine how to manage and distribute that data. The opportunities for collaboration with commercial customers are endless.”

Earlier this year, Ubicquia acquired leading smart city platform CityIQ from GE Current. The acquisition gives Ubicquia access to cutting-edge artificial intelligence technology to deliver even more tangible results. Whether it’s understanding and evaluating how people utilize bike lanes – in an effort to get more people to ride bikes and reduce our carbon footprint – or eliminating near misses at pedestrian crosswalks, the technology is providing valuable data and insight not previously available.

Over the past year, Ubicquia has doubled the size of its team and anticipates adding 50 more employees by early fall of 2021. They’ve also acquired $30 Million in a Series C round of financing from Fuel Venture Capital – a South Florida venture capital firm investing in exponential organizations with groundbreaking ideas and innovations. With incredible forward-momentum and a team of dedicated professionals focused on making our cities more intelligent, Ubicquia has provided Aaron with a rewarding opportunity to make impactful and lasting changes to the way we live, commute, and prosper, while preserving our natural resources.

“Even though at times, it’s been like trying to change your tires while going down the road, I wake up every day and love what I do,” he said. “The fact that we get to help make cities smarter, safer and more connected, is so rewarding. In fact, I can’t think of a more rewarding thing to do. It’s really exciting when you have something that everyone can take advantage of.”

Looking ahead, Aaron and the team at Ubicquia are focused on riding the wave of LED light conversions – to effectively deploy their “plug in play” devices in as many cities as possible – and supporting the federal government’s goal of being the leader in 5G technology and deployment. Ubicquia’s hub with integrated artificial intelligence and cameras has the ability to run Qualcomm’s C-V2X chipset – a combination that will allow cities to deploy Vehicle-to-Infrastructure (V2I) communications to enable the use of autonomous shuttles.

“There are so many opportunities to leverage AI for good,” Aaron said. “However, it’s also a very interesting time politically and socially with all the different privacy and safety concerns. We’re also seeing police budgets being restructured and people’s perceptions of surveillance being influenced by what’s happening. Nevertheless, more and more cities are adopting policies around security and surveillance and they’re bringing together all the stakeholders. From residential groups and city councils to police departments and those managing policies, everyone is coming together and looking at best practices.”

Aaron added, “The CIO of the City of Los Angeles, Ted Ross, made a comment about how technology is enabling transparency in policing and how it’s giving a powerful voice to diverse communities. That city is a leader in leverage smart technology and Ross’ comment was spot on.”

What advice does Aaron have for aspiring entrepreneurs and those looking to fund their ideas? “While developing these products, we had sponsors that are thought-leaders in the industry,” he said. “It wasn’t just about a street light controller – it was about working with utilities to understand how that position could be more valuable to them. Even our Small Cell collaboration with AT&T was about understanding what’s important to them. Entrepreneurs often have great ideas, but then they go off on their own. It’s important to not develop your products or services in a vacuum. I’m also a big fan of mentors. You’d be amazed at how many successful entrepreneurs are receptive to mentoring.”

Aaron added, “In terms of specific advice when it comes to raising capital, the most important thing is to focus all of your efforts on one area. You’ll see entrepreneurs that have a tendency to expand the scope of what they do to show the different capabilities of a product in an effort to raise capital. Stay true to your position and focus on creating world class products in your space.”