5G: The catalyst connected cities have been waiting for? 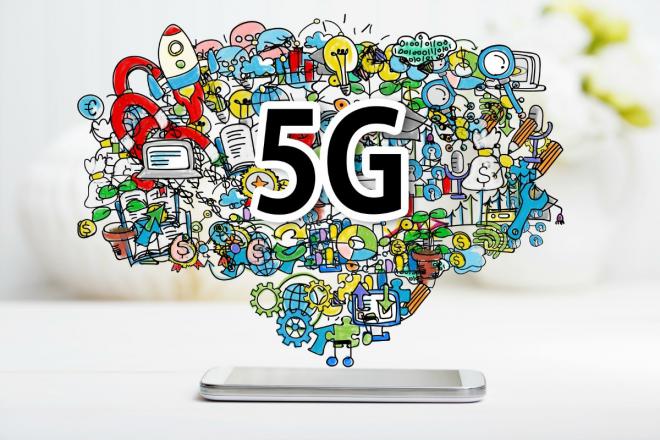 Each new evolution in technology inevitably brings about a chicken-and-egg scenario: will the capability spur application development, or will the development drive demand for increased capability?

In a “normal” market scenario, which is entirely about popular consumer or business demand and related service offerings, resolving that chicken-and-egg issue can take time, and sometimes even miss the mark entirely. But on the topic of smart cities, let’s kill that debate from the outset: it’s almost our responsibility to unleash the capability – in this case, the world of 5G – to drive development.

First, let me define our terms. Am I talking about 5G, per se? Partly, yes. The new capabilities in speed, but eventually also in power consumption, latency and simplified deployment make a fully developed 5G (and we’re not there yet) a step function better than what has come before.

However, I’m also talking about wide-ranging deployment of some earlier technologies, like LTE Cat-M, LTE-LAA and NB-IoT, each with its specific use cases, that together with 5G will shape what I carefully refer to as “the world of 5G.”

What’s different about smart cities that underpins my call for immediate deployment vs letting market forces shape things according to their own timeframe? Very simply, the benefits to individuals, populations, economies and society.

Last year, a study by ABI Research outlined the positive impact of smart city technologies on economic development. In fact, the report stated that cities could lock in incremental growth of over five per cent and drive more than $20 trillion in additional economic benefits over the coming decade.

"It’s almost our responsibility to unleash the capability of 5G to drive development."

The paper showed that smart city technology should be treated as an “uber” benefit, indirectly linked to factors conducive to attracting and maintaining economic activity within cities, such as security and livability.

Given that multiple studies have shown that cities are also more resource-efficient than suburbs or rural areas, it’s almost a moral imperative.

I won’t go into detail about the possibilities – we’ve all been exposed to them, through too much hype over the past few years. But they are nonetheless real. Obvious ones are city management (lightposts, parking facilities, traffic signals), utilities (smart meters, water management), and a range of transportation applications from autonomous vehicles (including V2V and V2X), to rail system logistics, smart traffic monitoring and management.

But think about some of the less obvious opportunities like augmented reality (AR). Say what you will about the Pokemon Go fad a few years ago, but it proved that there are both applications and demand for real-time AR experiences, and those will only improve as 5G delivers more bandwidth and reduced latency over networks sliced for these particular use cases.

In a tourism context, imagine an AR walking tour of the historical sites of a city like Barcelona... architecture aficionados could get beyond the obvious information on Gaudi to the many other delightful ideas about his work, and explore buildings by other designers as well.

Right down the street, a history buff could be using AR to learn about lesser-known aspects of the Spanish Civil War, with all of this experience made possible because of 5G.

This requirement drives the need for the ultra-low latency and ultra-fast throughput that’s not possible with 4G. Autonomous systems also create an explosion of data volume. Soon, it won’t be practical for us, as limited, fallible human beings, to leverage all of the data coming at us in any meaningful way through traditional user interfaces.

This will require a ubiquitous system (via 5G smart cities technology) capable of handling such huge volumes of data, and humans engaging with AR and VR as a new operating system.

"Soon, it won’t be practical for human beings to leverage all of the data coming at us."

Mobile network operators will also be under increasing pressure over the next few years as competition intensifies to build out urban networks and begin realising the revenue potential of this technology.

CapEx and OpEx will be high, and operators will look in many cases to enter into public-private partnerships with city governments to share infrastructure costs and speed up deployment timelines. This will require the operators to make bold moves and to innovate not just in technology terms, but to innovate with their business models as well.

Much of this is a new frontier – such models are unproven, and it’s still unclear how things like public-private cost-sharing agreements for buildout will translate into revenue sharing agreements once the networks are deployed.

One thing remains apparent: this change is extraordinary enough to create significant revenue opportunities for both public and private entities alike.